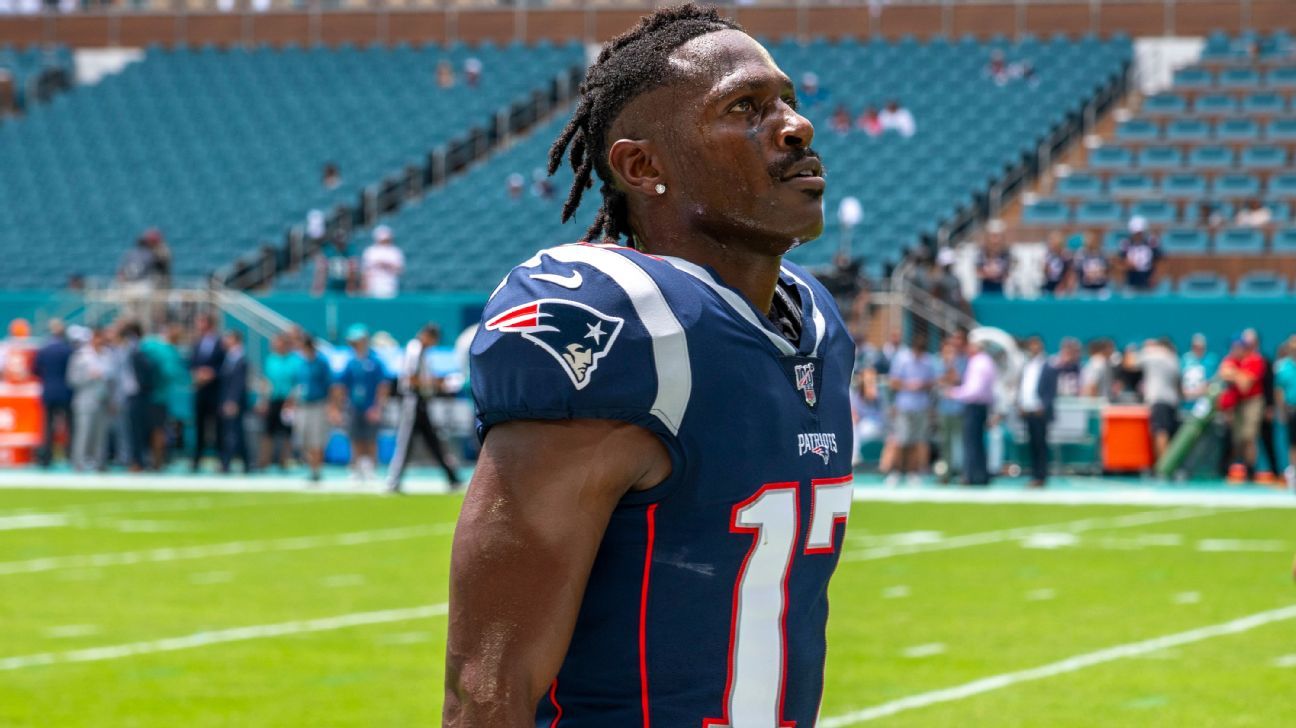 Will not be playing in the @NFL anymore these owners can cancel deals do whatever they want at anytime we will see if the @NFLPA hold them accountable sad they can just void guarantees anytime going on 40m 2 months will see if they pay up !

Brown appeared to be referencing the $29.125 million in guaranteed money from the Oakland Raiders and $9 million signing bonus from the Patriots that, sources told ESPN, have both been rescinded.

The Raiders’ guaranteed money was voided after the team fined him for detrimental conduct before his release on Sept. 7, sources told ESPN’s Adam Schefter. The Patriots are planning to withhold the signing bonus based on a representation warranty clause that calls for a player to disclose any situations that might prevent continued availability, a source with knowledge of the situation told ESPN’s Jeremy Fowler.

Brown is being sued by former trainer Britney Taylor over multiple allegations of sexual assault. He was also accused of sexual misconduct by an artist in a story published by Sports Illustrated earlier this week.

The wide receiver called on the NFL Players Association to hold teams accountable and get Brown the money he apparently is still seeking. ESPN’s Chris Mortensen reports that Brown will file a grievance against the Patriots and that the NFLPA will represent him in it.

But after Brown’s tirade, a source told Schefter that “Kraft [is] never writing that check, no matter what the ruling is now.”

Brown called out Kraft and former Steelers teammate Roethlisberger. Brown referred to Kraft’s ongoing case in Florida in which he was charged with solicitation for allegedly receiving a sex act at a massage parlor and Roethlisberger’s four-game suspension in 2010 for violating the NFL’s personal conduct policy based on a sexual assault accusation.

The tweet about Kraft appears to include a photo of Taylor.

Brown’s tweets come a day after his agent, Drew Rosenhaus, told Schefter that he has had communication “with a few teams that are interested” in his client.

Rosenhaus told Schefter that the teams “want information regarding his legal situation and the NFL investigation” into the wide receiver.

A source told Schefter that some in the NFL believe that a Brown signing was unlikely until the league’s investigation is resolved — although there may never be a deal, if the wide receiver is to be believed.

The NFL released a statement Friday night that said Brown would not be placed on the commissioner’s exempt list while he is a free agent but warned, “If he is signed by a club, such placement may become appropriate at any time depending on the status of the investigation.” The NFL also said its investigation into Brown is “ongoing and will be pursued vigorously and expeditiously.”