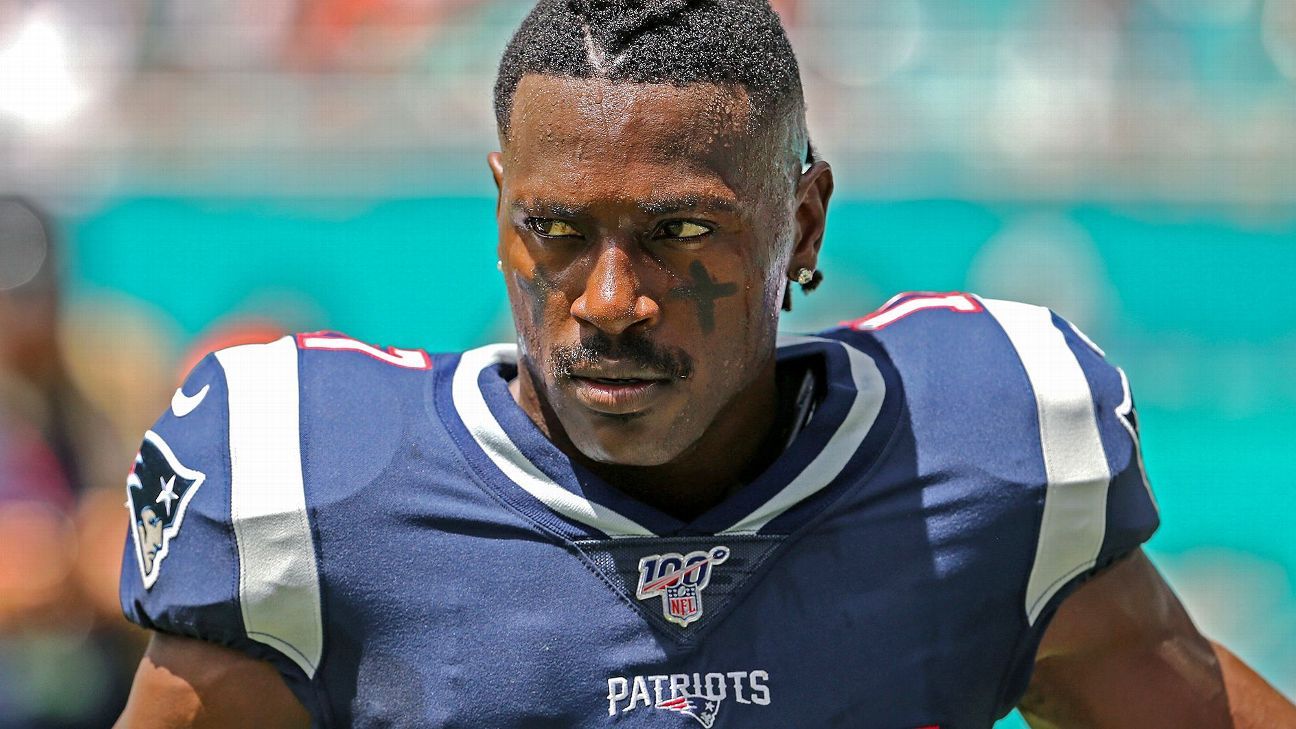 Antonio Brown’s agent already has had communication “with a few teams that are interested” in his client and that “want information regarding his legal situation and the NFL investigation” into the wide receiver, Drew Rosenhaus told ESPN’s Adam Schefter on Saturday.

Other people around the NFL believe, however, that until the league’s investigation is resolved, a deal is not likely to happen, a source told Schefter.

Brown was released by the New England Patriots on Friday, making him an unrestricted free agent eligible to sign with any team. The NFL released a statement Friday night that said Brown would not be placed on the commissioner’s exempt list while he is a free agent but warned, “If he is signed by a club, such placement may become appropriate at any time depending on the status of the investigation.”

The NFL also said its investigation into Brown is “ongoing and will be pursued vigorously and expeditiously.”

Brown has been accused of sexually assaulting his former trainer, Britney Taylor, according to a civil lawsuit she filed Sept. 10. Taylor met with the NFL on Monday. A source had told ESPN that there are “more interviews and information-gathering being conducted now beyond Taylor.” It remains unclear when or if Brown will interview with the league.

In addition to the lawsuit, Brown faces an allegation of sexual misconduct by a female artist who was working at his Western Pennsylvania home in 2017. That allegation was part of a Sports Illustrated report published Monday that detailed domestic incidents involving Brown, a charity auction theft and multiple unpaid debts.

On Thursday, the lawyer for the artist reached out to the NFL after Brown apparently sent what were described as threatening text messages to her client. The sides spoke Friday morning, with the woman’s attorneys saying in a statement that the league “pledged to conduct a thorough investigation under its Personal Conduct Policy.” According to that statement, the league also contacted the Patriots, who then directed Brown to have no further contact with the woman.

Brown, 31, made his debut with the Patriots last Sunday against the Miami Dolphins, totaling four catches for 56 yards and one touchdown. His release came less than two weeks after he signed with New England.