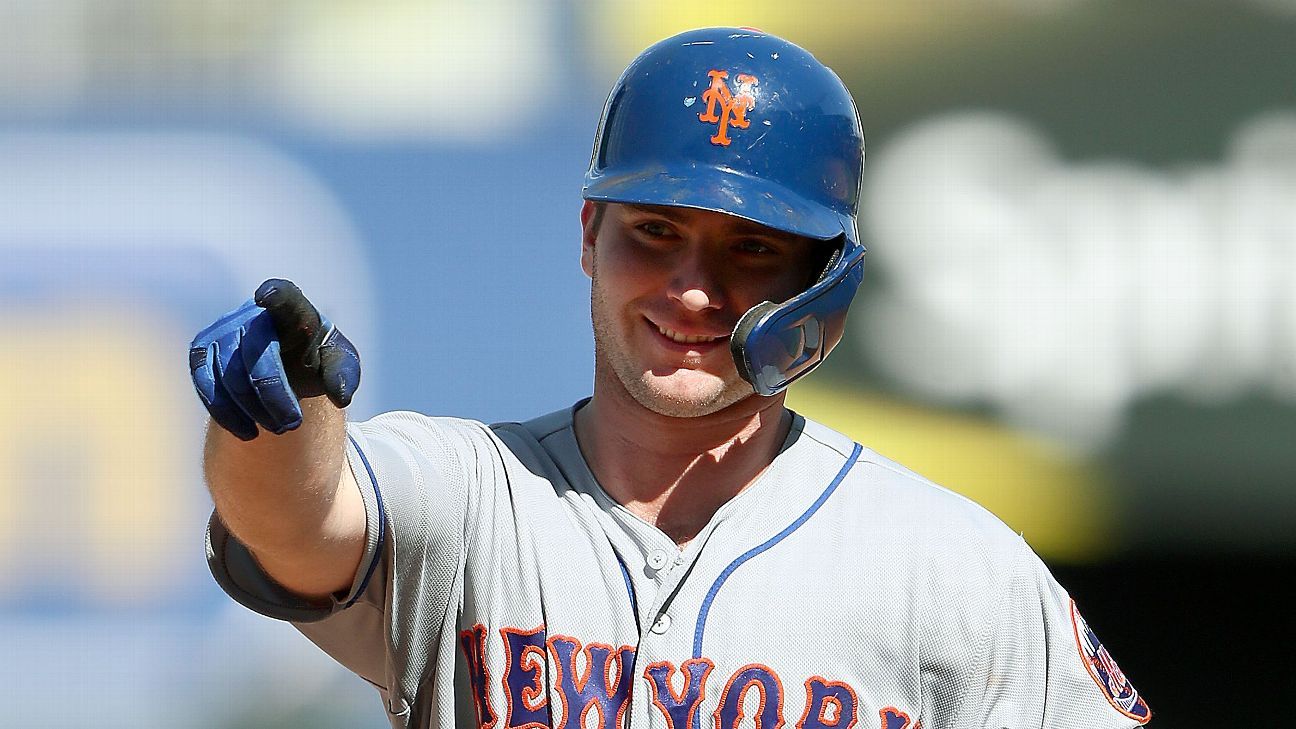 Another night, another powerful statement from Pete Alonso.

The rookie Mets slugger hit his major-league-leading 50th home run of the season Friday, sending a towering two-run shot to deep right-center field in the eighth inning to help send New York to an 8-1 victory against the Reds in Cincinnati.

Alonso became the second rookie in major league history to hit 50 home runs and is just two shy of the mark set by the New York Yankees‘ Aaron Judge, who hit 52 in his first season in 2017. Alonso and the Mets have nine games left in the regular season.

“That’s just mind-boggling to me,” Alonso told SNY. “I’m a huge baseball fan. I’ve always been a baseball fan my entire life, and there’s so many great players who played this game. It’s just nuts — it’s just nuts to think about.”

Reds reliever Sal Romano was the victim Friday, as he watched Alonso crush a down-and-away 96 mph fastball some 437 feet at Great American Ball Park. It was Alonso’s 34th home run of at least 400 feet; the only other players with more than 30 such homers this year are the Los Angeles Angels‘ Mike Trout (32) and Kansas City Royals‘ Jorge Soler (31).

“The catcher reached down and to the right, and he reached out and flicked it to the steam towers,” New York manager Mickey Callaway said. “It was a well-executed pitch. I don’t know what you do if you’re a pitcher. [Former Red] Todd Frazier said he’s never seen a left-hander hit one there.”

Alonso leads Cincinnati’s Eugenio Suarez by two for most home runs in the majors.

Alonso became the 30th player in major league history to have at least one season with 50-plus homers. The most recent nonrookie to hit 50 home runs in a season for New York’s teams was Alex Rodriguez, who had 54 en route to winning American League MVP in 2007.

It’s been a record-setting season already for Alonso. He set the National League rookie home run mark with his 40th more than a month ago. The following week, he set the Mets’ franchise home run record with his 42nd.

The Mets are the 21st franchise with a 50-homer hitter and the 12th in the NL. The only NL franchises without one are the Rockies, Dodgers and Nationals.