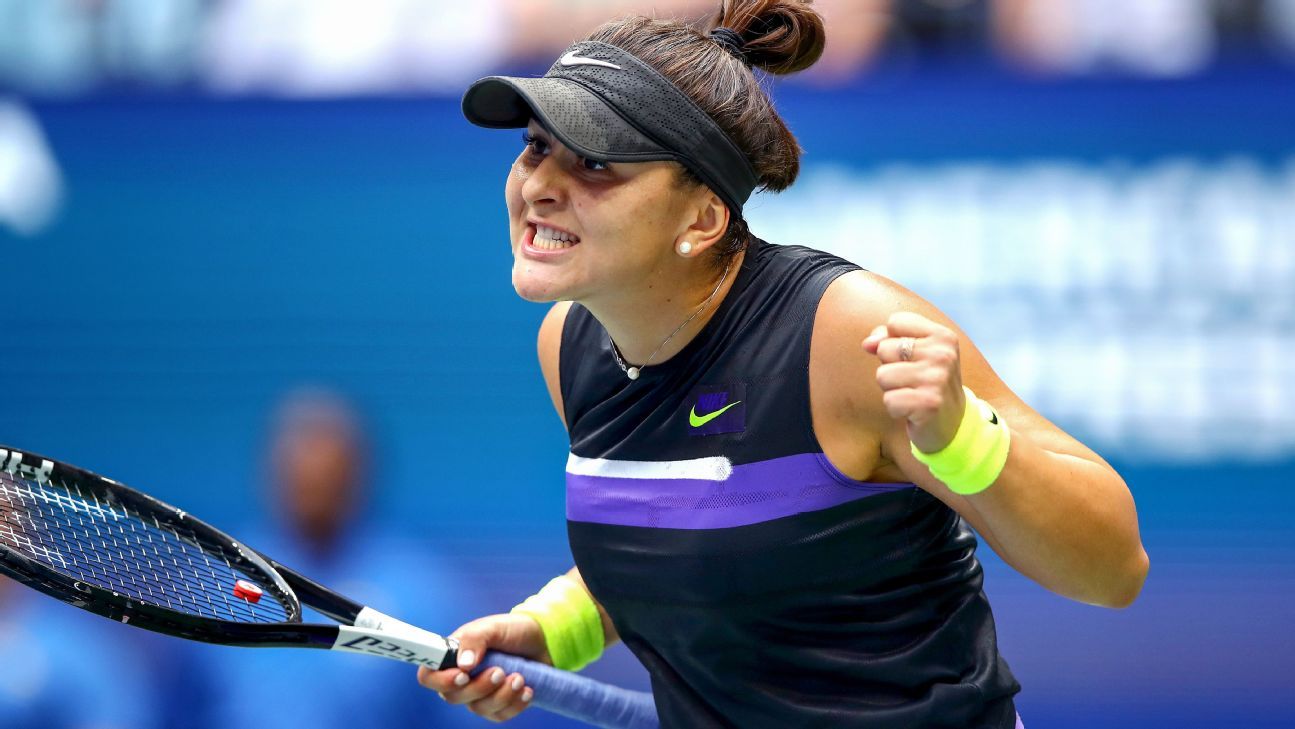 NEW YORK — For Bianca Andreescu, the first time was her time. And for Serena Williams, the wait for a record-tying major continues.

Andreescu, the 19-year-old Canadian, beat Williams 6-3, 7-5 to win the US Open on Saturday for her first Grand Slam title in her first career appearance at the event.

The 37-year-old Williams, after making the final in four of the past six Grand Slam events, fell to 0-4 in those matches and remains stuck on 23 major wins in her quest to tie Margaret Court’s all-time record of 24.

Wiliams faced match point trailing 5-1 in the second set, but did not go quietly, reeling off four straight wins to tie the set at 5-5 before a rollicking crowd at Arthur Ashe Stadium.

Andreescu, however, finally gathered herself enough to hold serve and then break Williams for a sixth time in the match to seal the major win — the first ever by a Canadian.

“Bianca played an unbelievable match. … It was incredible tennis out there,” Williams said during her on-court interview. “I just wish I could have played better.”

Since returning to the tour last season after more than a year away while having a baby, Williams was the runner-up at Wimbledon twice, losing to Angelique Kerber in 2018 and to Simona Halep in July, and was also the runner-up a year ago at the US Open, losing to Naomi Osaka.

The 15th-seeded Andreescu, who wasn’t even born when Williams won the first of her six US Open titles in 1999, matched Monica Seles (1990) for the women’s record by winning her first major in only her fourth Grand Slam event.

By comparison, Williams was playing in her 10th final (and 102nd career match) — at the US Open alone.

Andreescu displayed the same sort of big serving and big hitting that Williams usually does. Williams was not at her best, either, getting tight at key moments, including double-faulting on the last point of three games to get broken.

Andreescu, who improved to 8-0 for her career against world top-10-ranked players, broke Williams’ serve in the first and last games of the set — with Williams double-faulting on break point both times.

Williams continued to struggle with her serve in the second set. Overall, she was broken six times in the final — compared with just three times over the six matches that it took her to reach the final.

Until Andreescu’s victory, no man or woman had ever won the US Open in their debut at the event. It hadn’t happened in any major since 2005, when Rafael Nadal won in his first appearance at the French Open. For the women, it hadn’t happened since Seles won the 1991 Australian Open.