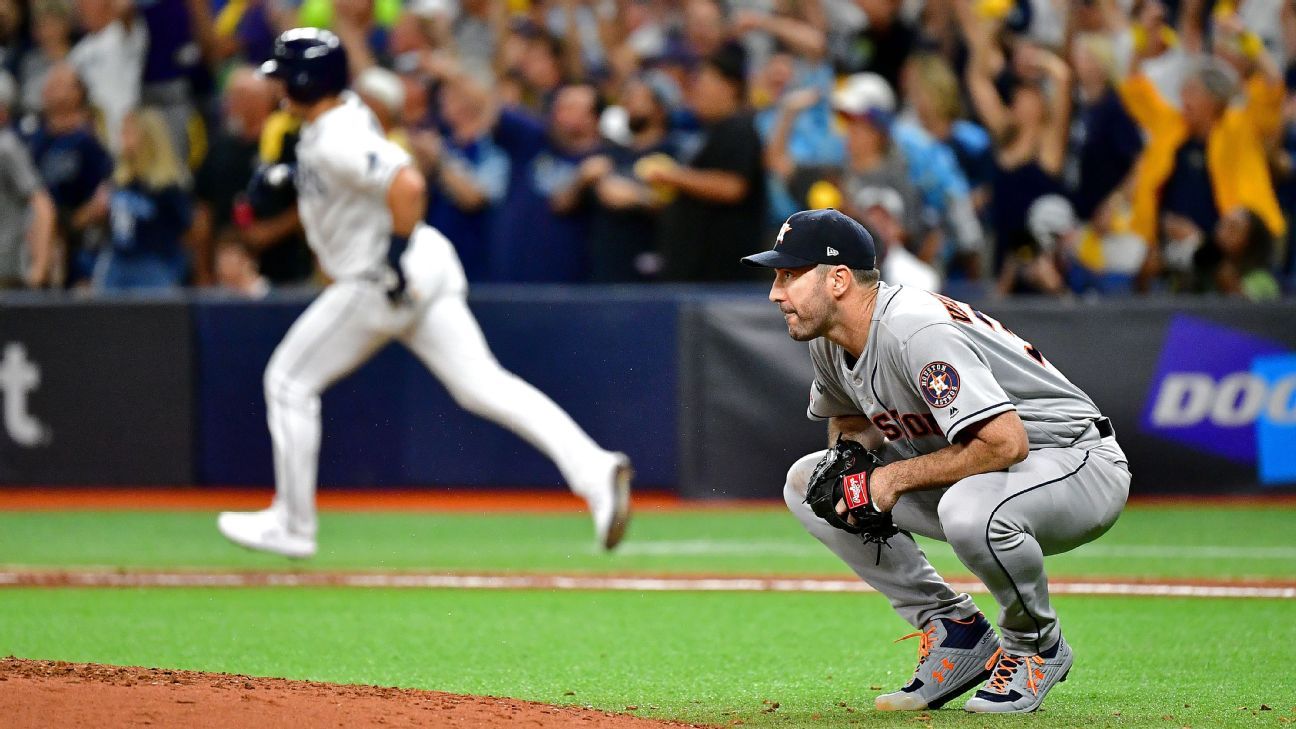 ST. PETERSBURG, FLA. — Houston Astros manager AJ Hinch asked ace Justin Verlander to do something he had never done before. It might be a while before he asks him to do it again.

Verlander was chased after 3⅔ innings on Tuesday as the Tampa Bay Rays beat the Astros 4-1 to even the ALDS at two games apiece.

Verlander allowed four runs and seven hits, including two home runs. The Astros trailed 4-0 when he was pulled from the game after walking Tampa Bay’s Ji-Man Choi in the fourth, much to the delight of a raucous, jam-packed Tropicana Field. Verlander threw 84 pitches.

With the Astros’ lead in the series down to 2-1 entering Tuesday, Hinch tabbed Verlander, 36, for the Game 4 start after the Astros’ 10-3 loss in Game 3 on Monday. That meant Verlander was starting on three days’ rest, something he’d never done on the heels of a full-length start in his illustrious career. Verlander threw seven shutout innings against the Rays in Game 1 on Friday in Houston.

The Rays jumped on Verlander from the outset Tuesday. Tommy Pham, Tampa Bay’s second batter in the game, homered to left field to open the scoring. The Rays tacked on two more runs that first inning, and Verlander needed 32 pitches to escape further damage. According to ESPN Stats & Information, that was the most pitches Verlander had thrown in a first inning since he joined the Astros in 2017.

In his final inning, Verlander gave up a solo homer to Willy Adames on a slider that broke into the middle of the plate waist-high. The walk to Choi was a fitting end to an outing in which Verlander struggled to locate his pitches. Verlander threw strikes on just half of his 50 four-seam fastballs, according to Statcast.

Game 5 is Thursday in Houston. The Yankees clinched a spot in the ALCS by closing out the Minnesota Twins in three games on Monday.