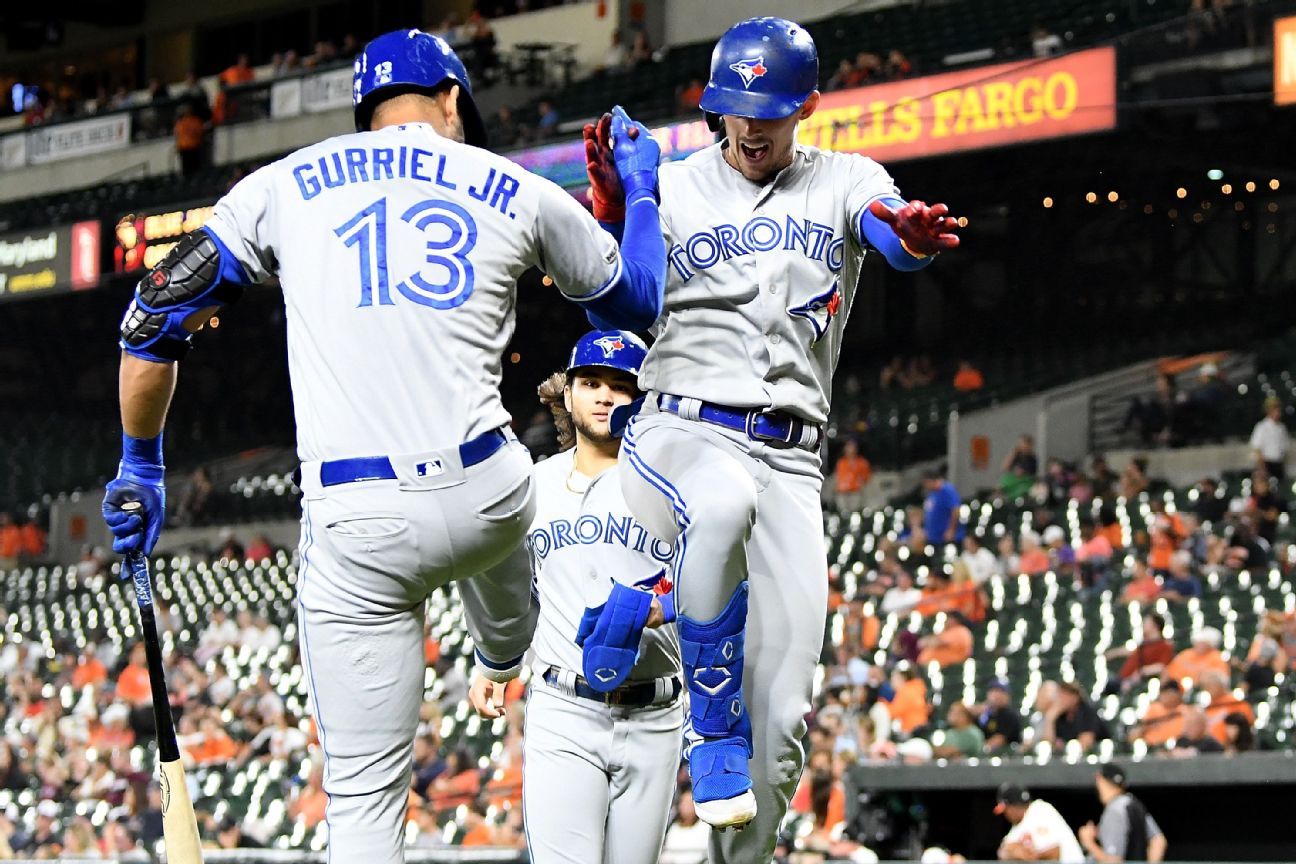 Toronto Blue Jays second baseman Cavan Biggio hit for the cycle in Tuesday night’s game against the Orioles, securing it with a triple that drove in two runs in the top of the ninth.

The rookie came to the plate in the ninth against Orioles pitcher Mychal Givens, having hit a single, a double and a homer earlier in the game.

There were two men on, and the Jays were down to their last out. Biggio hit the ball deep to left center. Orioles center fielder Mason Williams made a run and hit the wall trying to make the catch.

Craig Biggio, Cavan’s father, had one career cycle with the Astros, coming on April 8, 2002, vs. the Rockies. Craig and Cavan Biggio are the second father-son duo in MLB history to each have a cycle in their careers. They join Gary and Daryle Ward.

“This whole year has been hard to put into words, and obviously your son to hit for the cycle in his first year in the big leagues — and his mom drove down there to watch him play — makes it even more special,” Craig Biggio told MLB.com.

It was also the first four-hit day of Cavan Biggio’s career. The only other player in the last 10 seasons to hit for the cycle within his first 100 games was Cody Bellinger in 2017.

Biggio also had two stolen bases. Biggio is just the second player over the last 100 years to hit for the cycle and have multiple stolen bases in the same game, joining Charlie Moore in 1980.