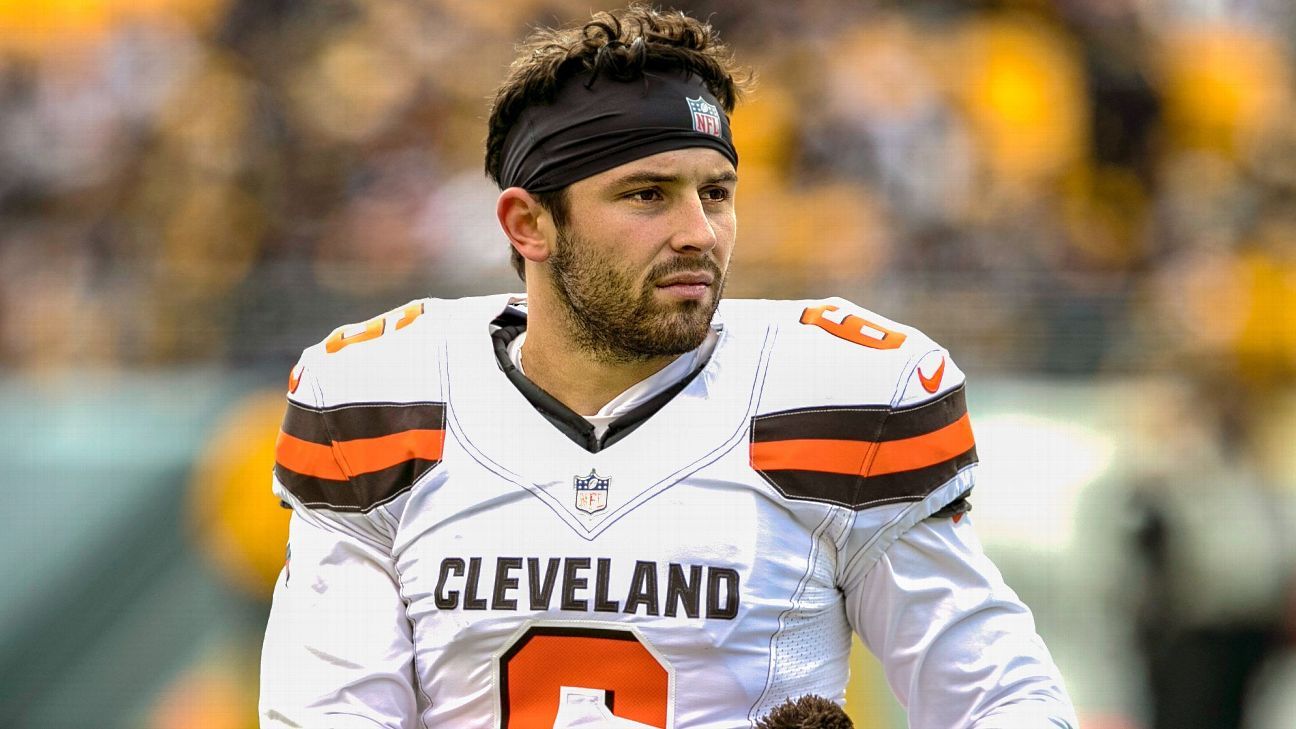 BEREA, Ohio — Baker Mayfield fired back Wednesday at former NFL coach and ESPN analyst Rex Ryan for calling him “overrated as hell” earlier in the week.

“It’s whatever,” the Cleveland Browns quarterback said. “In the wise words of (Cleveland coach) Freddie Kitchens, if you don’t wear orange and brown, you don’t matter, and Rex Ryan doesn’t have any colors right now for a reason. So, it’s OK.”

Ryan slammed Mayfield on ESPN’s Get Up on Monday, after the Browns lost to the Los Angeles Rams on Sunday night to fall to 1-2.

“I don’t get it. I’d love to be an offensive coordinator here,” Ryan said of Cleveland. “If I have Odell Beckham, Jarvis Landry, Nick Chubb and there’s Baker Mayfield — yeah, I know he’s overrated as hell. …”

When pressed to expound, Ryan said, “Look, I bought into the dang hype. I’m like, ‘Oh, yeah’ — not to the point where everyone’s saying he’s going to be the league MVP.

“What’s he doing right? Here’s a guy right now that’s a one-read guy, and then he’s going to improvise. He’s gotta realize that you are one of the slowest guys on that field when you take off with it. The other thing, the ball’s not coming out in rhythm. You’re staring down guys, and you’re not that accurate down the field.”

After coming in second in the NFL Offensive Rookie of the Year voting last season, Mayfield is off to a rough start statistically through three weeks. He ranks 30th in completion rate and 32nd in quarterback rating. In part as a result, only four teams have scored fewer points than the Browns, who are averaging only 16.3 points per game.

Ryan was fired from two head coaching jobs in the last five years, including the New York Jets in 2014 and the Buffalo Bills in 2016. He hasn’t coached since.

Before Wednesday’s practice, Kitchens came to the defense of his quarterback, calling Ryan’s comments, “asinine to even say.”

“I appreciate his opinion and all that, but he’s not in our building, he has no idea what we’re doing,” Kitchens said.

“At the end of the day, when we go out there, no offense to Rex because I love him, we don’t really care what you said,” Beckham said. “‘Overrated as hell,’ none of that is gonna matter when you go on the field.”

Mayfield, however, admitted that blocking out such criticism from people like Ryan can be difficult.

“It’s something you really have to be conscious of, because you’re surrounded in an environment where you hear a lot of things, stuff pops up on your phone or stuff is on TV,” Mayfield said. “People talk. You have to make a conscious decision to protect your locker room and take care of your guys and block out the negative stuff. And when they pat you on the back, it’s even worse.”

Despite their slow start, the Browns could still take the AFC North Division lead with a victory Sunday at Baltimore. Ravens quarterback Lamar Jackson, who won the Heisman Trophy for Louisville in 2016, the year before Mayfield won it at Oklahoma, had nothing but praise for Mayfield.

“I feel he’s a great quarterback,” Jackson said. “He went No. 1 in the draft for a reason.”