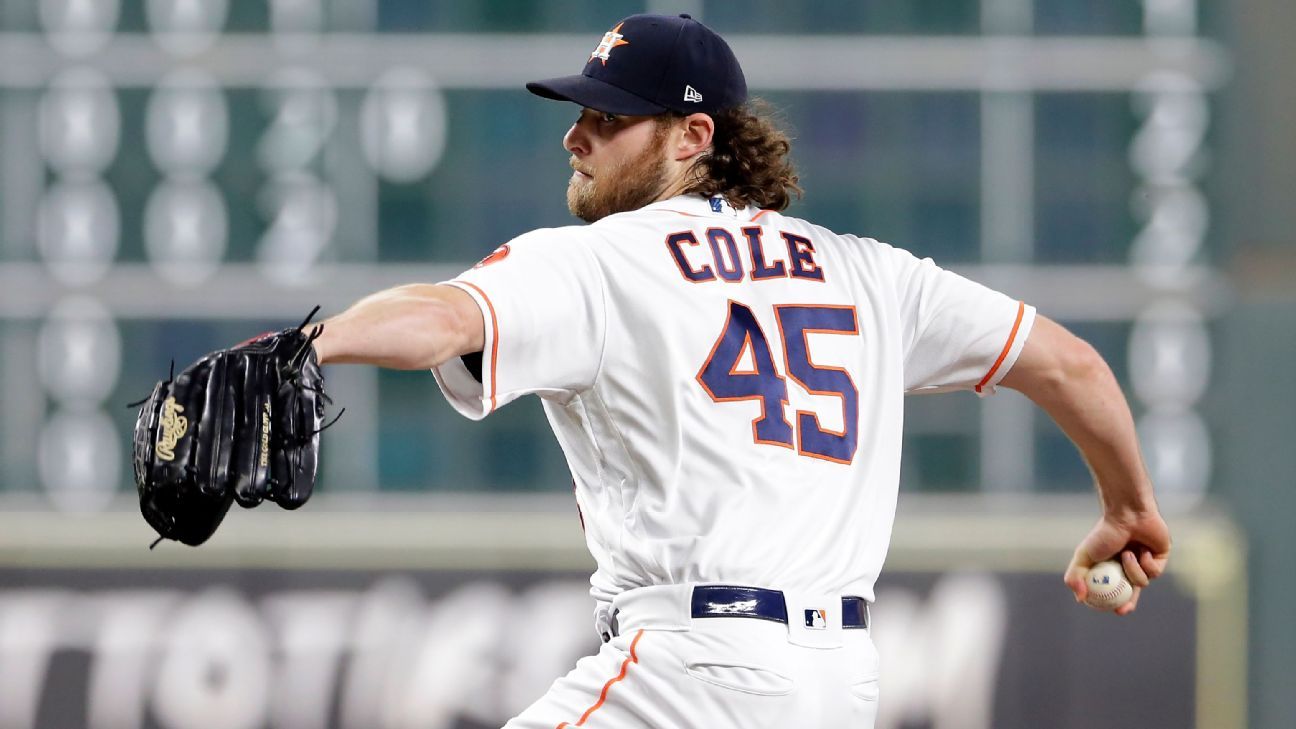 Houston Astros right-hander Gerrit Cole has become the 18th major league pitcher since 1900 to strike out at least 300 batters in a season.

Cole reached the milestone by getting Shin-Soo Choo of the Texas Rangers to whiff on an 89 mph changeup for the third out of the sixth inning Wednesday night in Houston. It was Cole’s eighth strikeout of the game.

Cole ended with 10 strikeouts in eight innings as the Astros clinched at least a wild-card spot with a 3-2 victory. Cole is now 18-5 with a 2.61 ERA and joins J.R. Richard and Mike Scott as the only Astros pitchers to record 300 strikeouts in a season, according to ESPN Stats & Information research.

Cole reached the mark in 198⅓ innings. According to Elias Sports Bureau data, that’s the second-fewest innings pitched in major league history in a season at the time of a player’s 300th strikeout, trailing only Randy Johnson (197⅔ innings in 2001).