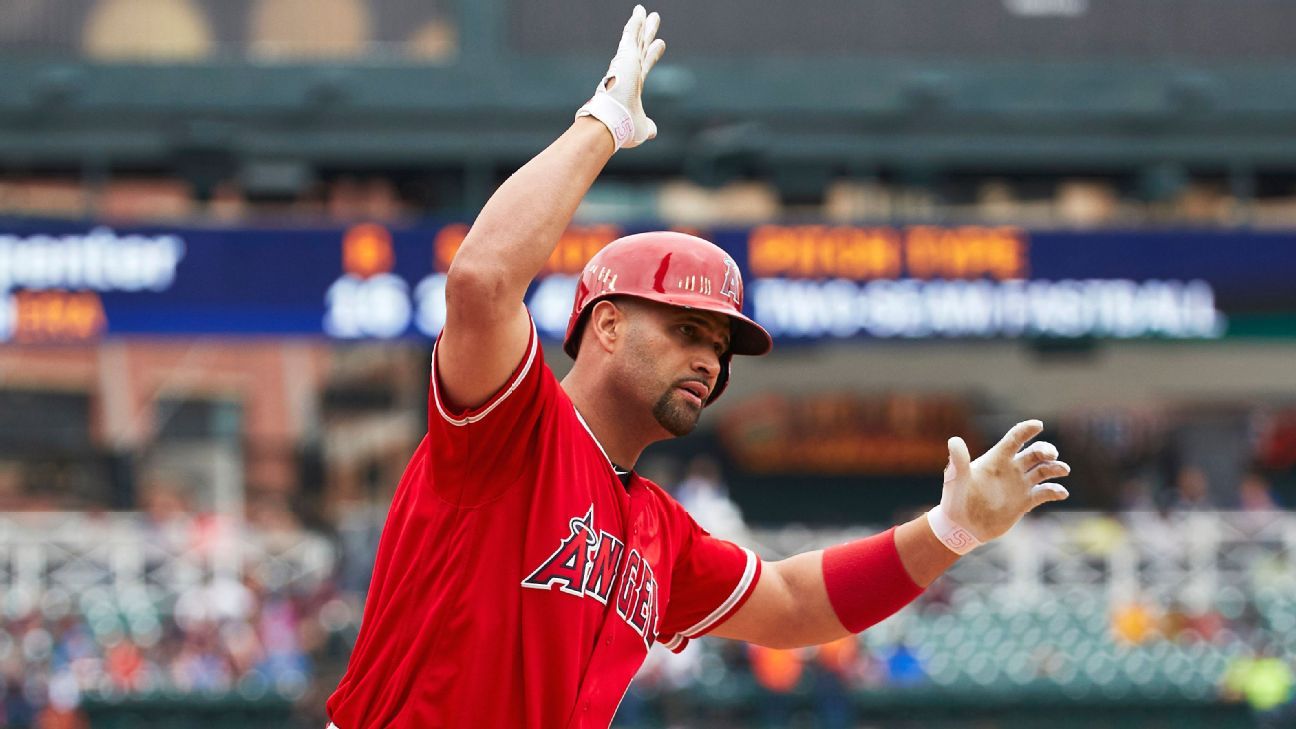 The home run ball that marked the 2,000th career RBI for Albert Pujols has finally landed in the National Baseball Hall of Fame.

Ely Hydes, the Detroit Tigers fan who wound up with the ball at Comerica Park on May 9, at first decided he wanted to keep it. Then, after a few days, he narrowed it down to giving the ball to either Pujols or the Hall of Fame.

Last month, Hydes made his choice and hand-delivered the ball to the Hall of Fame, he told the Detroit News. He received nothing in return despite offers from suitors — including one for $50,000 — and the Los Angeles Angels.

Detroiter Ely Hydes turned down lots of cash and a whole bunch of other stuff, and last month hand-delivered the baseball to the @baseballhall.

He donated it in memory of his late son, Cy.https://t.co/LBnkv0pqV7 pic.twitter.com/IP0s7orFCp

The ball is significant because Pujols became only the third player in Major League Baseball history to drive in 2,000 or more runs in a career — joining Hank Aaron (2,297) and Alex Rodriguez (2,086).

Rather than take criticism on social media for keeping the ball or profiting from selling it, Hydes instead donated it — in the memory of his late son, Cyrus Arlo Maloney, who was 21 months old when he died in June 2018. He was named after Cy Young.

“I’ll want to show her and tell her the story, just the whole thing,” Hydes said of his infant daughter, Violet. “The good things that happened … and the cautionary tale of social media.”

For his donation, the Hall of Fame gave a lifetime pass to Hydes. In addition to honoring the memory of his late son, the display will also honor the “people of Detroit” for the donation.