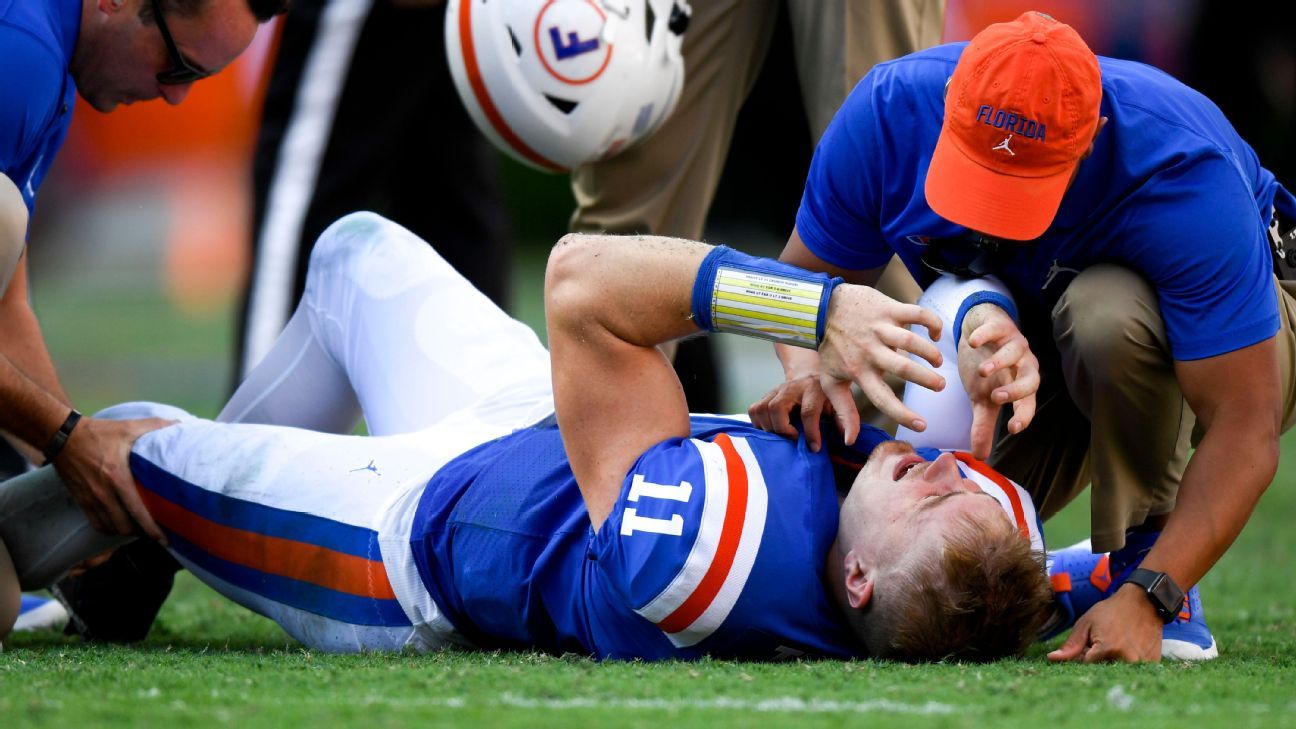 GAINESVILLE, Fla. — Florida quarterback Kyle Trask is playing the second half against Auburn with what coach Dan Mullen described as a “light” MCL sprain.

Trask took a hit to his left knee in the second quarter on a passing attempt. After he released the ball, Auburn defensive end Marlon Davidson was blocked directly into Trask’s knee, which buckled under the pressure. Trask stayed down for several minutes, putting his hands to his face, in obvious pain. He was able to walk to the locker room on his own power.

Emory Jones came on to replace him, but Trask returned at the end of the second quarter. Mullen told CBS at halftime that Trask had a “light” sprain and was fine.

Trask is making his third career start after replacing Feleipe Franks, who is out for the season with an ankle injury. The redshirt freshman was 11-of-17 for 130 yards and two touchdown passes before getting hurt.