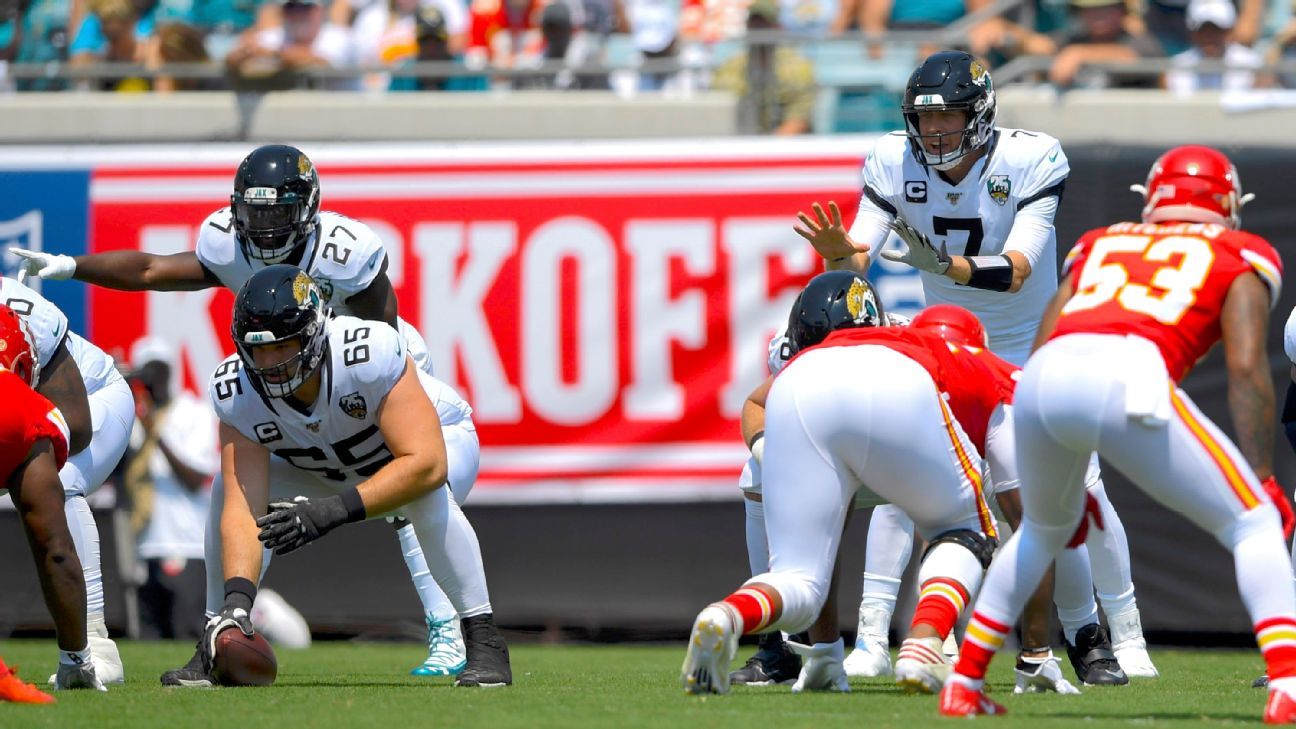 Foles suffered a left-shoulder injury when Chiefs defensive tackle Chris Jones drove him into the ground after Foles released the ball on a 35-yard touchdown pass to DJ Chark. He left the sideline for X-rays and was ruled out of the game shortly after.

Backup quarterback Gardner Minshew, the team’s sixth-round pick this past April, entered the game on the Jaguars’ ensuing drive. The Jaguars don’t have another quarterback on the active roster. They signed Chase Litton to the practice squad last week.

Things got even worse for the Jaguars in the second quarter when middle linebacker Myles Jack was ejected after throwing a punch at Chiefs receiver Demarcus Robinson.

Jack was penalized for illegal contact on Chiefs receiver Sammy Watkins in the end zone. Jack shoved Watkins after the play and Robinson ran over and shoved Jack from behind. The two players exchanged words and Jack tried to punch Robinson in the helmet. Jaguars cornerback Jalen Ramsey ran up and jumped into the scrum, as well.

Robinson, Jack and Chiefs running back Damien Williams were penalized for unsportsmanlike conduct. Jack was incensed and had to be restrained by teammates from going after Chiefs players after his ejection was announced.

Jack was the Jaguars’ most experienced linebacker and one of the defensive captains. He was replaced by Najee Goode.

Foles returned to the Jaguars’ sideline in the second half with his arm in a sling.

The Jaguars signed Foles to a four-year, $88 million contract with a team-record $50.125 million guaranteed in March. He led Philadelphia to a Super Bowl LII victory while subbing for an injured Carson Wentz (he was named MVP in that game) and subbed for Wentz to lead the Eagles to the playoffs last season.

Foles has dealt with injuries throughout his career and was on the injury report this week because of soreness in his oblique muscle. Foles played in only 19 snaps in the preseason — the third game against Miami — because coach Doug Marrone did not want him on the field unless the starting offensive line was healthy and able to play.

Foles has entered the season as his team’s unquestioned starter just twice before and failed to finish the season. He missed the final eight games of the 2014 season with a broken collarbone and was benched for Case Keenum in 2015.