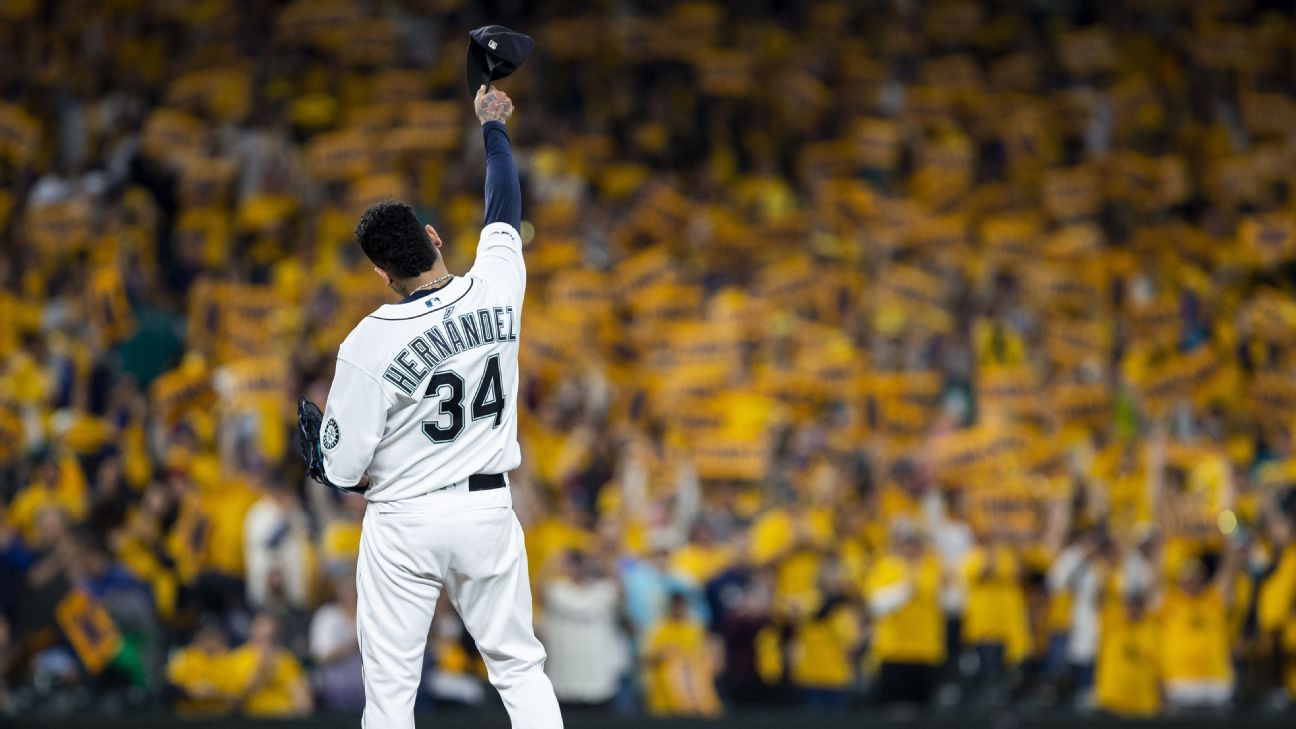 Felix Hernandez took the mound Thursday for his final start of the season Thursday, and likely his final start for the Seattle Mariners, serenaded by tens of thousands of yellow-shirted fans chanting his name.

His teammates stayed in the dugout, so King Felix was alone on the mound, raising his hands, tipping his cap and pumping his fist to the home fans before signaling the rest of the Mariners to come out.

The Mariners were calling it “Felix Day,” and several hours before the game, every Mariner on the field was wearing a bright yellow King Felix shirt during warm-ups. Retired Mariners icon Ichiro Suzuki joined them for batting practice in one of the shirts. Hernandez’s rooting section, the “King’s Court,” was expanded for the game.

Hernandez threw a season-high 106 pitches in the game, allowing three earned runs and striking out three in 5⅓ innings pitched. Seattle trailed 3-1 when he was pulled.

Hernandez, 33, was the face of the franchise for many of his 15 years with the team. He’s the Mariners’ all-time leader in wins with 169 and strikeouts with 2,521. But Hernandez’s contract with the Mariners expires after the season and he isn’t likely to be re-signed. He is 1-7 in 14 starts this season with a 6.51 ERA, and hasn’t won more than 10 games since 2016.

So a career that began in the Pacific Northwest in 2005 when Hernandez was just 19 is expected to come to an end, in a game against the playoff-contending Oakland Athletics.

Hernandez had a special relationship with the fans, and will always be a Mariners icon. He was arguably the best pitcher in the American League for a large part of his time in Seattle, where he created excitement and helped make the Mariners relevant. He brought them a Cy Young Award and arguably should have won a second. He also delivered a perfect game, one of 23 in baseball history.

“He’s been such a big part of this organization for so long that you want him to go out on a high note,” manager Scott Servais said before the game. “I know he’ll be fired up tonight and give us a great effort, like he always does, and compete as well as he can.”