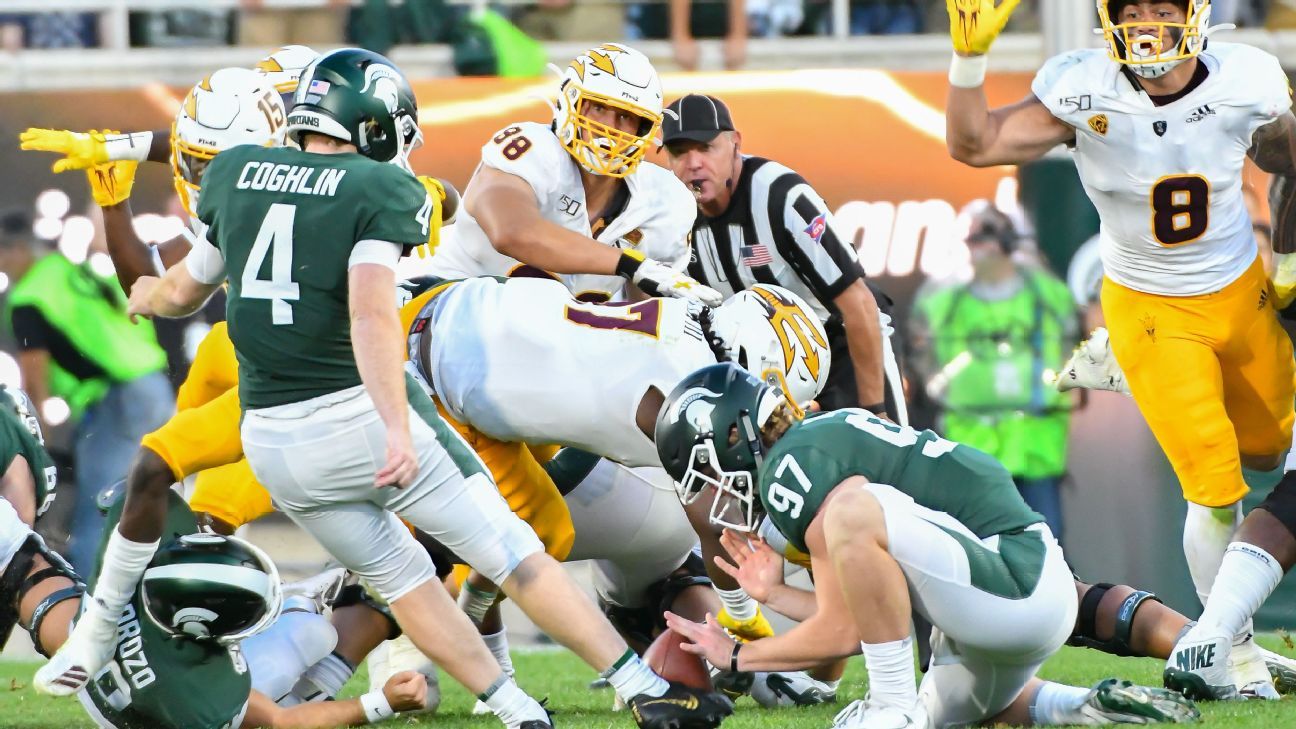 SAN FRANCISCO — The Pac-12 Conference acknowledged an officiating error on the last play of Arizona State‘s 10-7 victory at Michigan State on Saturday.

The conference said Sunday night that the Sun Devils should have been called for leaping on Michigan State’s missed field goal attempt as time expired.

“An Arizona State defensive player took a running start and leapt over the kicking team’s line in an attempt to block the kick,” the Pac-12 said in a statement. “In the process, he leapt into the frame of the body of an opponent. The penalty would have been 15 yards from the previous spot and an automatic first down. In this case, it would have been administered as half the distance to the goal and Michigan State would have been provided one untimed down.”

Michigan State had a tying field goal in the final seconds negated for having too many men on the field, setting up a second attempt that Matt Coghlin hooked well left.