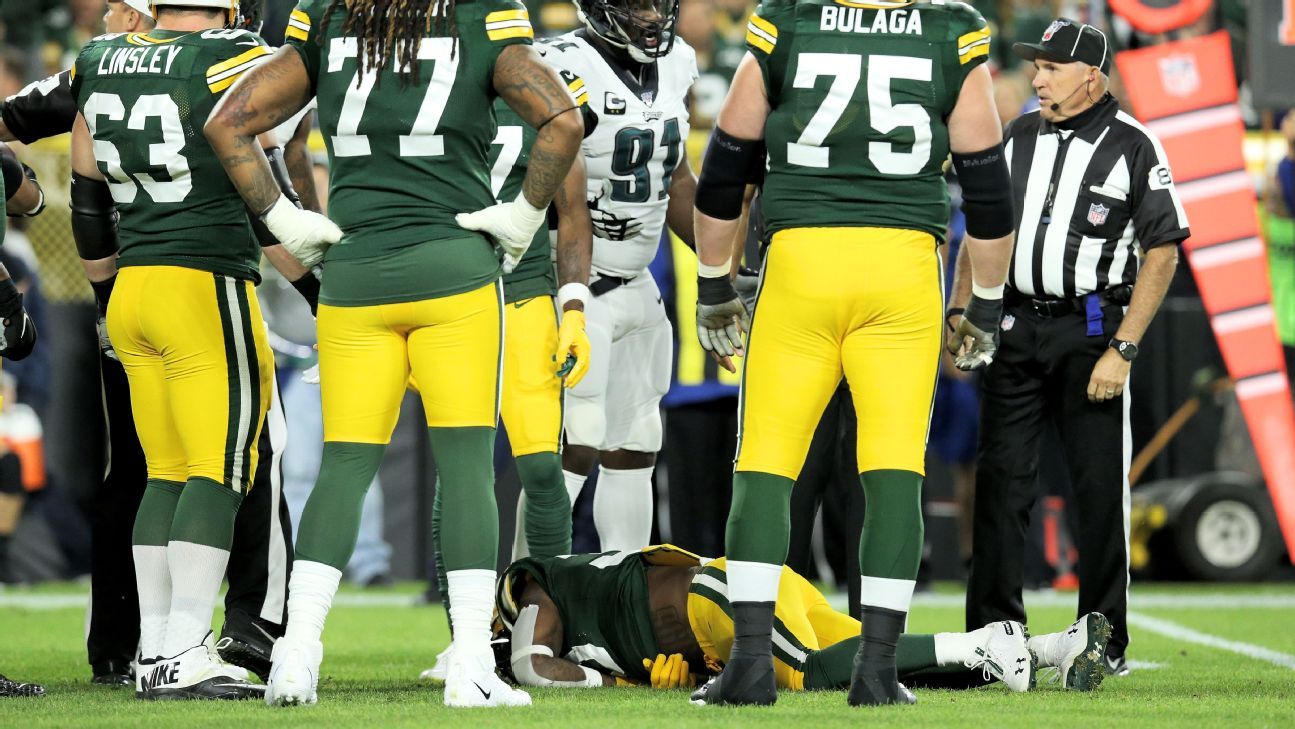 GREEN BAY, Wis. — Packers running back Jamaal Williams was taken off the field on a gurney after taking a hard hit during the first quarter of Thursday’s game against the Philadelphia Eagles.

The third-year pro was immediately transported via ambulance to a local hospital, where he was being evaluated for head and neck injuries, ESPN’s Michele Steele reported. The Packers announced that Williams had movement and feeling in all of his extremities.

Williams was injured on the Packers’ first play of the game, a screen pass, when he was immediately met at the line of scrimmage by linebacker Nigel Bradham. With his forward momentum stopped, Williams took a big hit by Eagles defensive end Derek Barnett.

Barnett was penalized for unnecessary roughness on the play.

Williams raised his left arm and gave the thumbs-up sign as he was taken off the field by three members of the Packers’ medical team.

Williams, who started the game in the backfield alongside fellow running back Aaron Jones, was listed on the injury report this week because of a neck injury, but he was a full participant in Wednesday’s practice.

Jones capped the first drive with a 3-yard touchdown to give the Packers a 7-0 lead on a drive that featured the Packers’ longest offensive play of the season — a 58-yard pass from Aaron Rodgers to Davante Adams.

Packers right tackle Bryan Bulaga suffered a shoulder injury in the first half and was questionable to return. He remained out to begin the second half and was replaced by Alex Light.