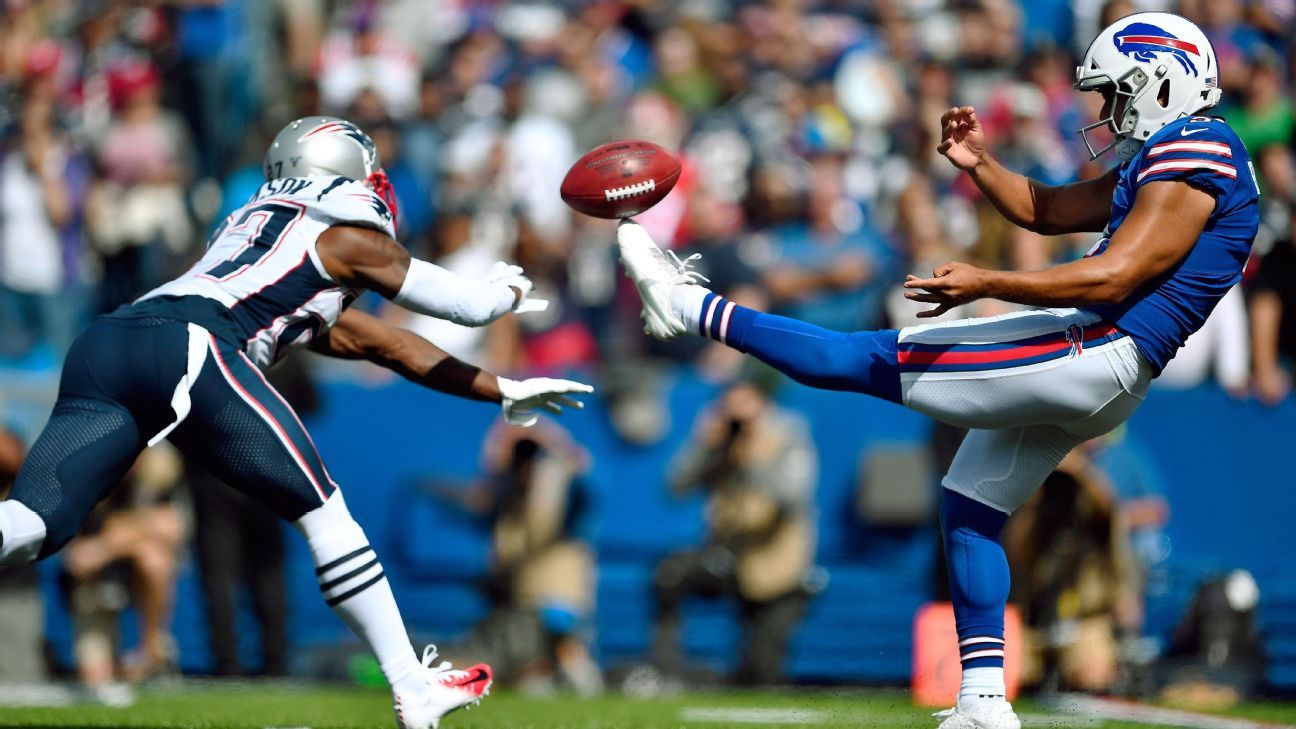 ORCHARD PARK, N.Y. — With the New England Patriots holding a 6-0 lead against the Buffalo Bills on Sunday, cornerback J.C. Jackson was unblocked as he rushed off the right side for a clean block of Corey Bojorquez‘s punt, which veteran Matthew Slater scooped up and raced into the end zone with easily.

For Slater, the longtime special teams captain in his 12th NFL season, it was his first career touchdown.

For the Patriots, it was their third non-offensive touchdown of the season, tied with the Jets for most in the NFL. Following the score, the Patriots had more points (13) than the Bills had yards (12).