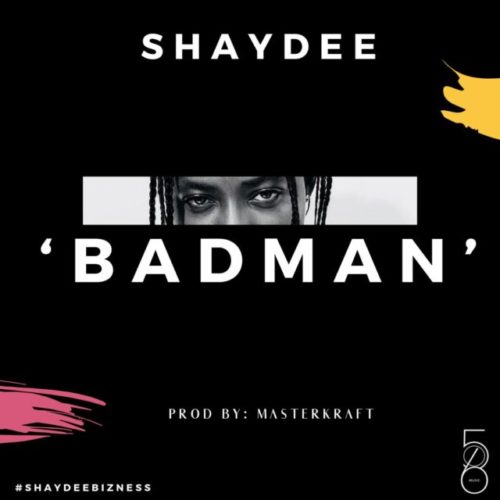 Shaydee returns to the music scene to show he is a “Badman” on this monster beat produced by Masterkraft.

Nigeria’s Male vocalist & talented singer, Shaydee comes through with his 2019 debut single titled “Badman“. He releases this banging tune as a birthday gift to celebrate his day. He was on a DJ Cuppy’s hit song “Abena” this year and has also worked with other producers.

Recently he was spotted on Wizkid’s new music video ‘Ghetto Love‘, which shows the Starboy Affiliate still got more for us apart from this birthday gift. On this record Shaydee says he is a Badman who is ready to play and rock steady anytime… Listen!