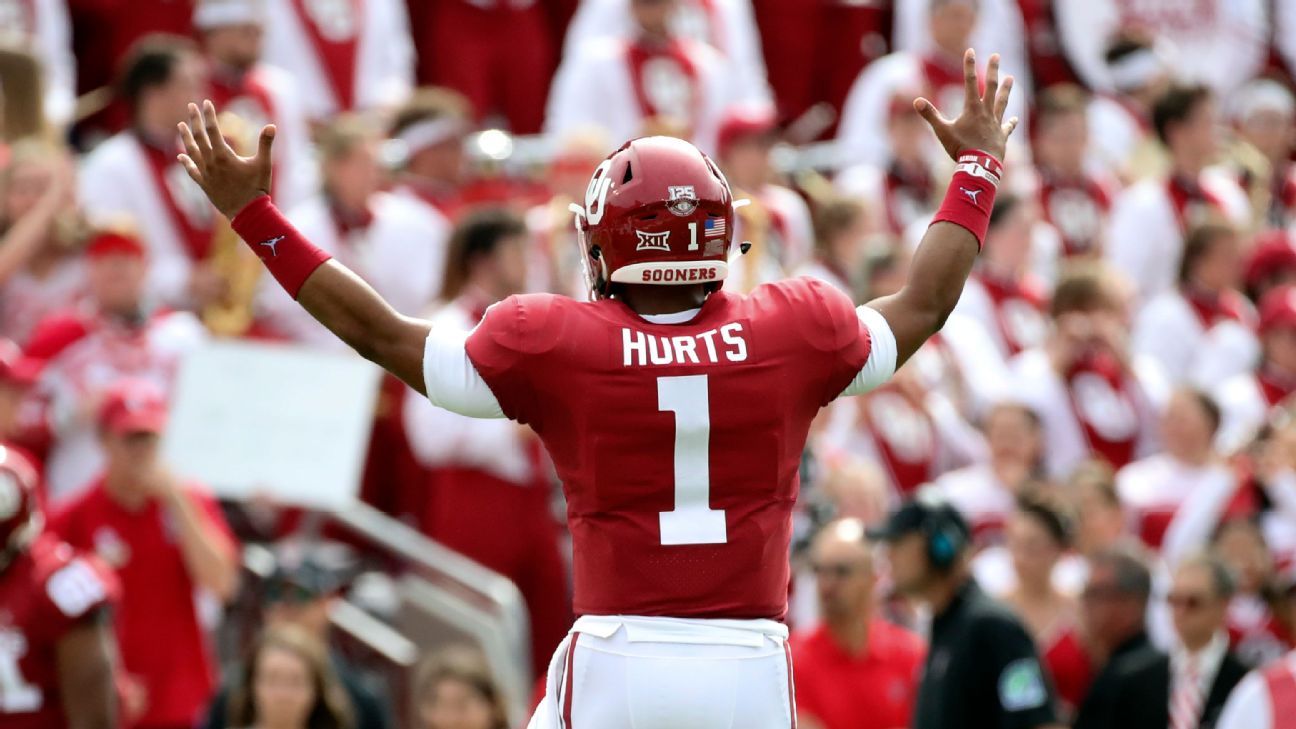 The No. 6 Sooners (4-0) started fast against the Red Raiders and didn’t look back. Senior quarterback Jalen Hurts continued his statistical onslaught, throwing for 415 yards and three touchdowns and rushing for 70 yards and a score in three quarters of play. Oklahoma receiver CeeDee Lamb was his most productive target, catching seven passes for 185 yards and three scores. The Sooners finished with 644 offensive yards.

Oklahoma is in its 125th season of football, posting the fifth-best winning percentage nationally in its first 124 seasons with only 13 losing seasons. The Sooners own seven national championships.

Notre Dame, which has 899 wins, has an opportunity to become the seventh team to reach 900 Saturday when the Fighting Irish host Virginia.

Oklahoma next plays at Kansas on Oct. 5.