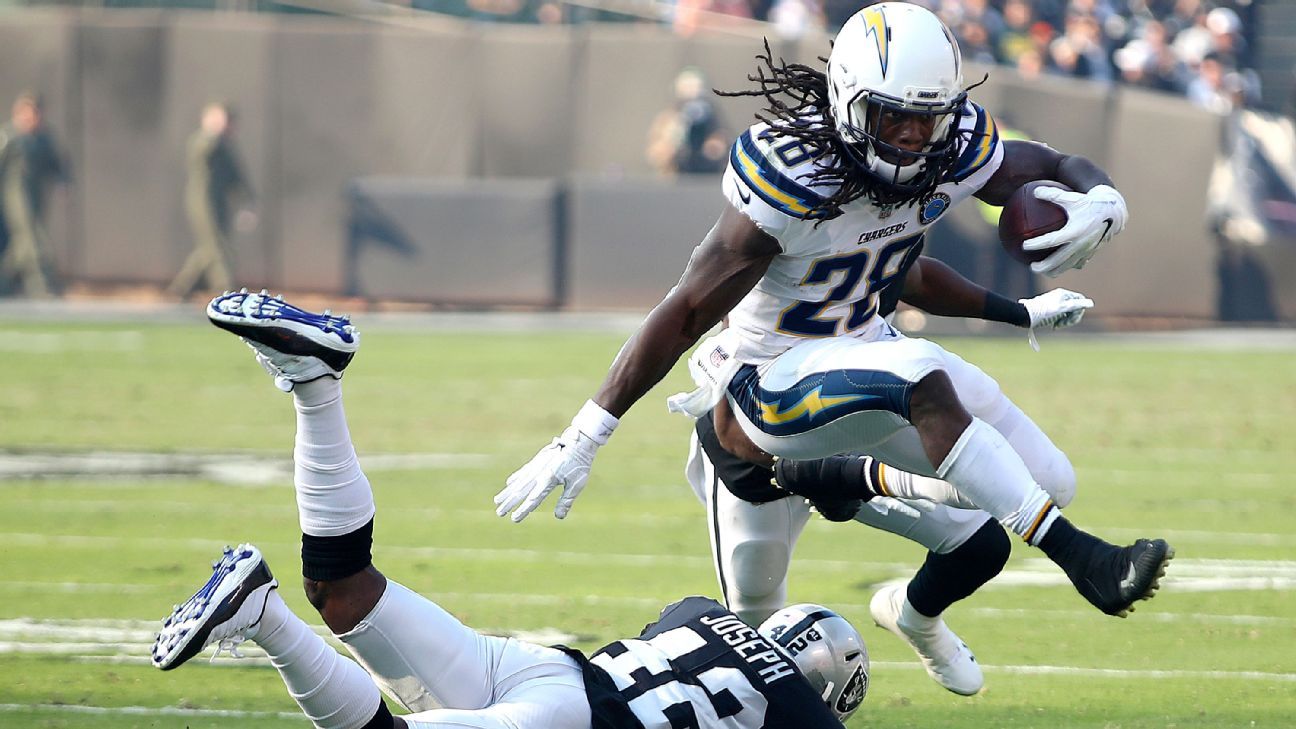 Running back Melvin Gordon contacted the Los Angeles Chargers and told them he plans to report on Thursday, ending his 64-day holdout, sources confirmed to ESPN.

Although he now is set to rejoin his teammates, Gordon expects 2019 will be his final season with the Chargers, a source told ESPN’s Josina Anderson.

Chargers head coach Anthony Lynn said that if Gordon does report this week, he will not play in his team’s Sunday road contest against the winless Miami Dolphins.

The Cleveland Plain Dealer was first to report that Gordon was ending his holdout.

The Chargers (1-2) likely will apply for a two-week roster exemption, giving the team time to evaluate when the workhorse running back is in shape and ready to play.

“I don’t think you just walk in camp and just play right away without going through any practice,” Lynn told reporters Wednesday. “You can run and do all the drills you want, but it’s hard to simulate real football.”

Gordon and his representation also have to resolve how they will handle the fines that have piled up during his absence.

According to the league’s collective bargaining agreement, Gordon can be fined up to $30,000 per day and nearly $330,000 per game for preseason and regular-season games that he has missed — a total that could reach $2.5 million.

According to a source, the Chargers will seek to collect that money.

Los Angeles is No. 13 in the NFL in rushing through the first three games without Gordon, averaging 112 yards a contest.

Gordon, 26, is scheduled to make $5.605 million in the final season of his rookie deal. Chargers general manager Tom Telesco announced just before the start of the regular season that the team postponed negotiations with Gordon until the end of the season, and said if Gordon chose to report, he would play under his current contract.

Gordon desires a contract extension that will put him among the top-paid running backs in the league such as Todd Gurley, David Johnson and Le’Veon Bell, who earn an average of $13 million to $14 million annually. The Chargers had offered Gordon a new contract that would’ve doubled his salary at roughly $10 million annually.