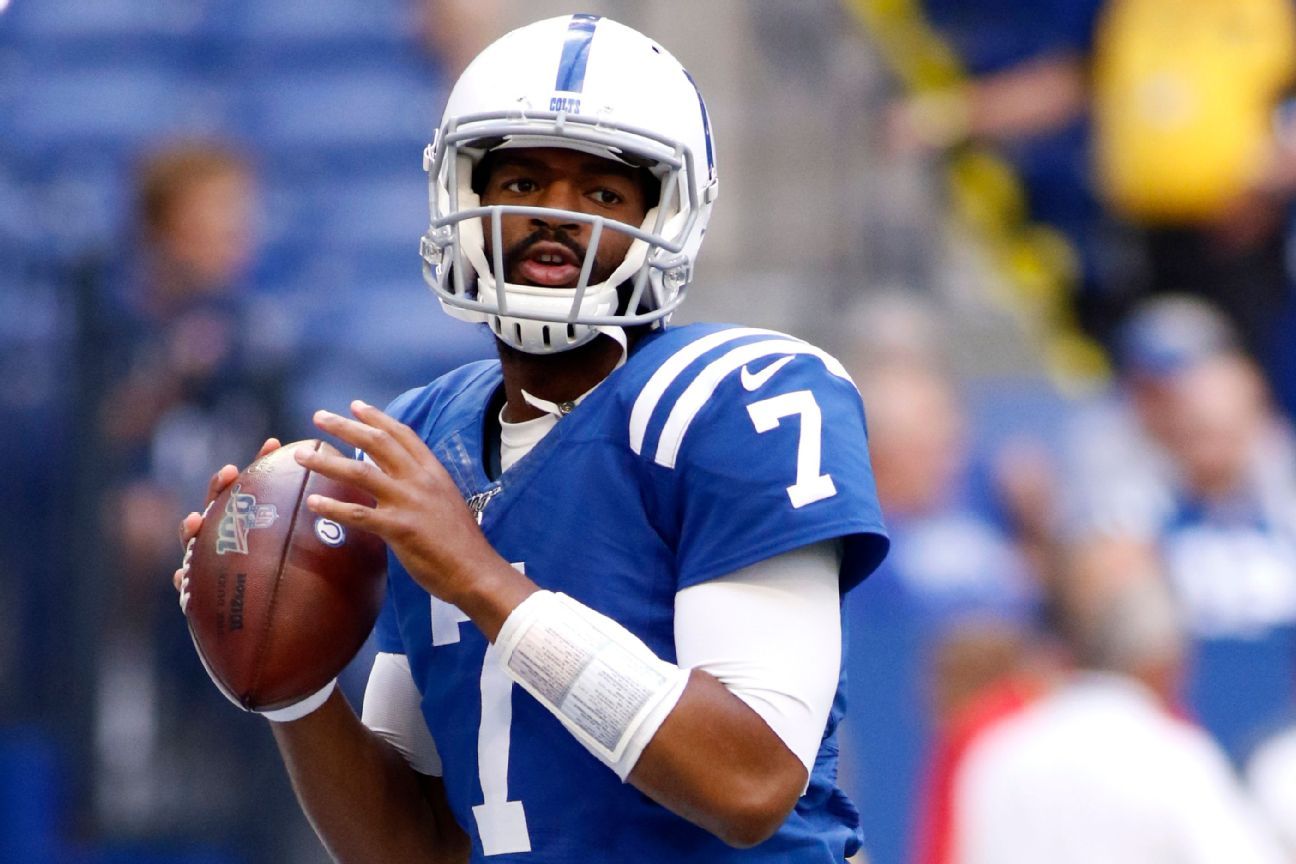 The financial details of the deal were first reported Monday by the NFL Network, which also reported that Brissett will make $20 million guaranteed.

Brissett was in the final year of his four-year, $3.41 million rookie deal that included a 2019 base salary of $2 million. The new two-year deal replaces his rookie contract and runs through the 2020 season.

Brissett, 26, became the Colts’ starting quarterback following the retirement of Andrew Luck on Aug. 24. He has been working with the starting unit since last April.

“I know this about Jacoby, he will not flinch,” Colts general manager Chris Ballard said Sunday. “He won’t flinch. He didn’t when we brought him in here in [2017]. Jacoby won’t flinch.”

Brissett started two games as a rookie with the New England Patriots in 2016, after he was selected in the third round of the NFL draft. The Colts acquired Brissett from the Patriots on Sept. 2, 2017, when Luck was struggling because of a shoulder injury.

Brissett had two weeks to learn the playbook before taking over as the starter for the final 15 games of the 2017 season, Chuck Pagano’s last as coach. The Colts went 4-11 in those games and he is 5-12 as a starter overall.

Brissett has thrown for 3,500 yards, 13 touchdowns and seven interceptions in his career.

Rangers 3-0 St Johnstone: Ibrox side ease to top of Premiership

To add to the spectacle, PSG boss Thomas Tuchel was wearing an air...
Read more