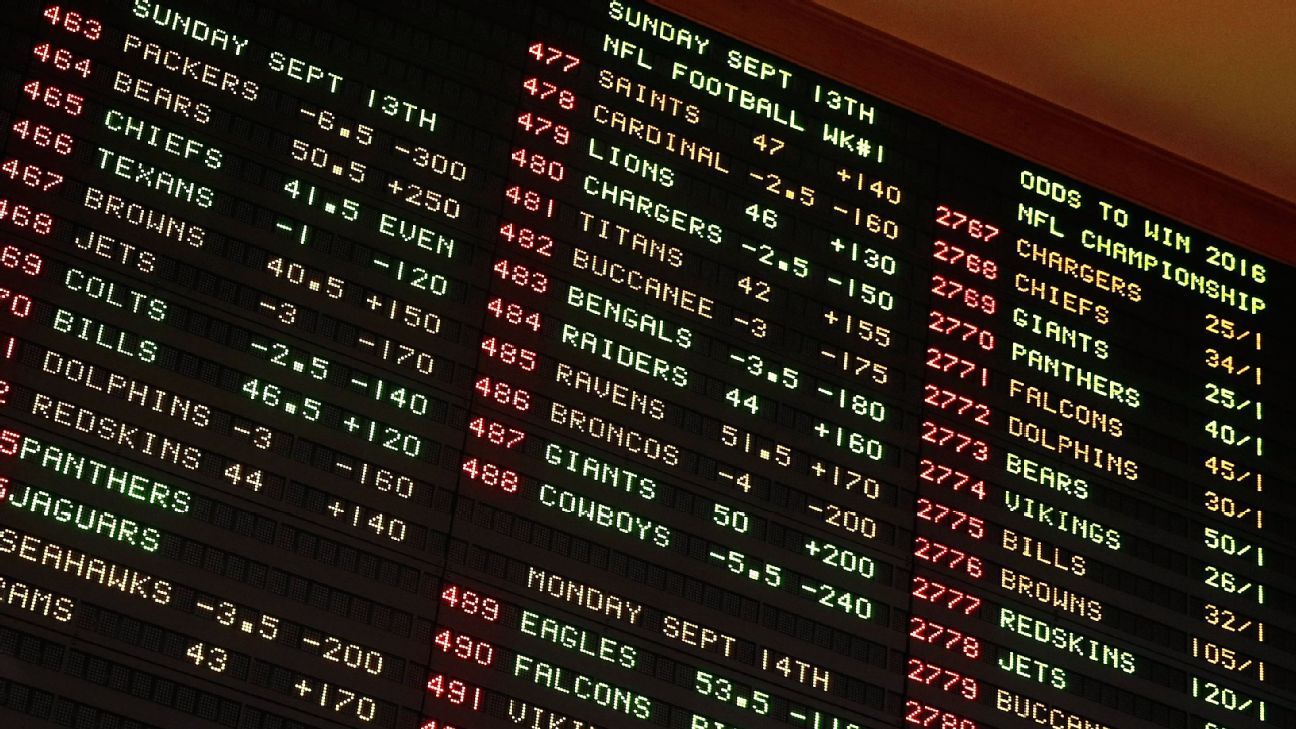 The sports betting landscape is evolving rapidly, but one thing remains the same — American bettors love the NFL.

According to survey results released Wednesday by the American Gaming Association (AGA), 38 million Americans — 15% of the adult population — plan to bet on the NFL this season. They’ll play in office pools and fantasy leagues and place bets with online bookmakers, just as they have for decades. The difference this season, though, is the increased number of legal sportsbooks operating in the U.S.

The national survey of 11,001 adults found that Americans are gravitating toward the expanding legal sports betting market. Seven million adults, up 20.6% from last year, say they will bet at a casino sportsbook this season. Tens of millions more will wager with friends, participate in pools or squares contests or place bets online with domestic and international bookmakers.

“It is clear that as jurisdictions enact policies to provide a legal alternative to the dangerous illegal market, consumers follow suit and seek the protection they deserve,” Bill Miller, AGA president and CEO, said in a release announcing the findings.

Global technology company Morning Consult conducted the survey in August on behalf of the AGA, a Washington, D.C.-based trade association that represents the casino industry.

Thirty-nine percent of avid NFL fans plan to place a bet on the league’s 100th season, and 75% of bettors say they are more likely to watch a game they bet on, the survey showed. Twenty-three percent of responders tabbed the defending-champion New England Patriots as Super Bowl favorites.

Nevada bookmakers say the NFL accounts for roughly 20%-30% of their betting handle and remains bettors’ favorite league — despite the NFL’s staunch, longtime opposition to sports wagering.

In May 2018, the NFL was forced to re-examine its position after the U.S. Supreme Court struck down the Professional and Amateur Sports Protection of 1992, the federal statute that restricted regulated sports betting to primarily Nevada. Now, entering its 100th season, the NFL is closer with sports betting than it ever has been.

Live NFL game video will be shown on international bookmakers’ websites this season, and the league’s official data distributor, Swiss-firm Sportradar, is a major player in the U.S. sports betting industry. According to multiple sources, Sportradar is offering the NFL’s official data feed to some U.S. bookmakers in exchange for a 1.5% stake in the profit on in-game bets on the league. The NFL has had an equity stake in Sportradar since 2015.

In the preseason, two franchises — the Los Angeles Rams and Washington Redskins — experimented with alternate broadcasts that featured contests for viewers to predict different outcomes throughout games. The Oakland Raiders will relocate to Las Vegas in 2020.

Since the Supreme Court decision, legal sportsbooks have begun operating in 13 states, including at locations near NFL stadiums in Indianapolis, New Jersey, Philadelphia and Pittsburgh. New sports betting laws in Illinois and the District of Columbia allow for sportsbooks at professional sports venues like Soldier Field in Chicago.

The NFL’s resistance to sports betting over the years has done little to hurt its popularity with bettors. A 2019 analysis by research firm Eilers & Krejcik Gaming shows that 93% of bettors who place at least one wager per year bet on the NFL.

“When we did the survey, what became clear is the NFL has really built this perfect vehicle to engage current and new bettors, whether it be fantasy or online bettors,” Ed Moed, CEO of HPL Digital Sport, told ESPN.