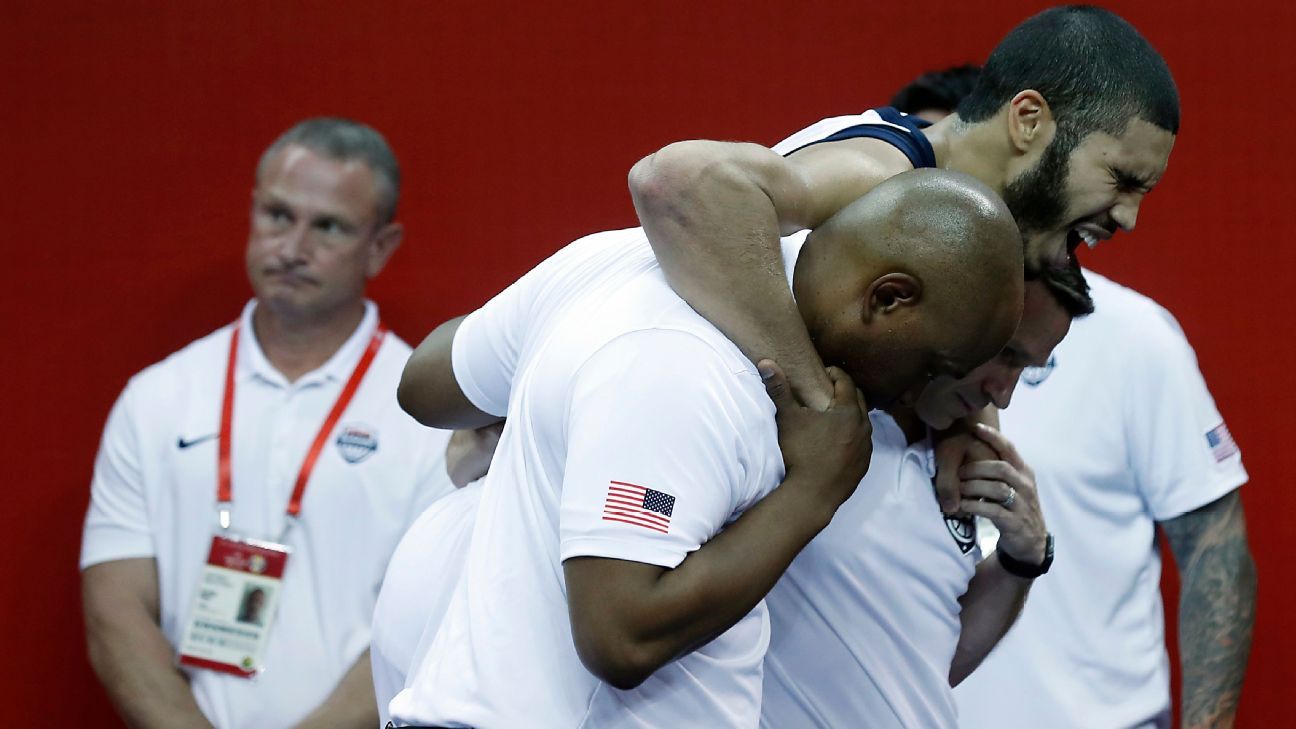 Tatum turned the ankle in the final seconds of overtime in Team USA’s 93-92 win over Turkey Tuesday night. He was examined Wednesday and was declared to be out at least five days. He will get re-evaluated on Sept. 9.

Team USA plays Japan in their final pool play game Thursday. The game has no stakes as the U.S. has already advanced to the next round and Japan has been eliminated.

The U.S. will open second-round play Saturday in Shenzhen but it is not an elimination game. The first time the Americans could face elimination would be next Monday, which is the day Tatum will be evaluated.

Tatum is averaging 10.5 points in two games. He had 11 points and 11 rebounds against Turkey including clutch free throws that forced overtime.