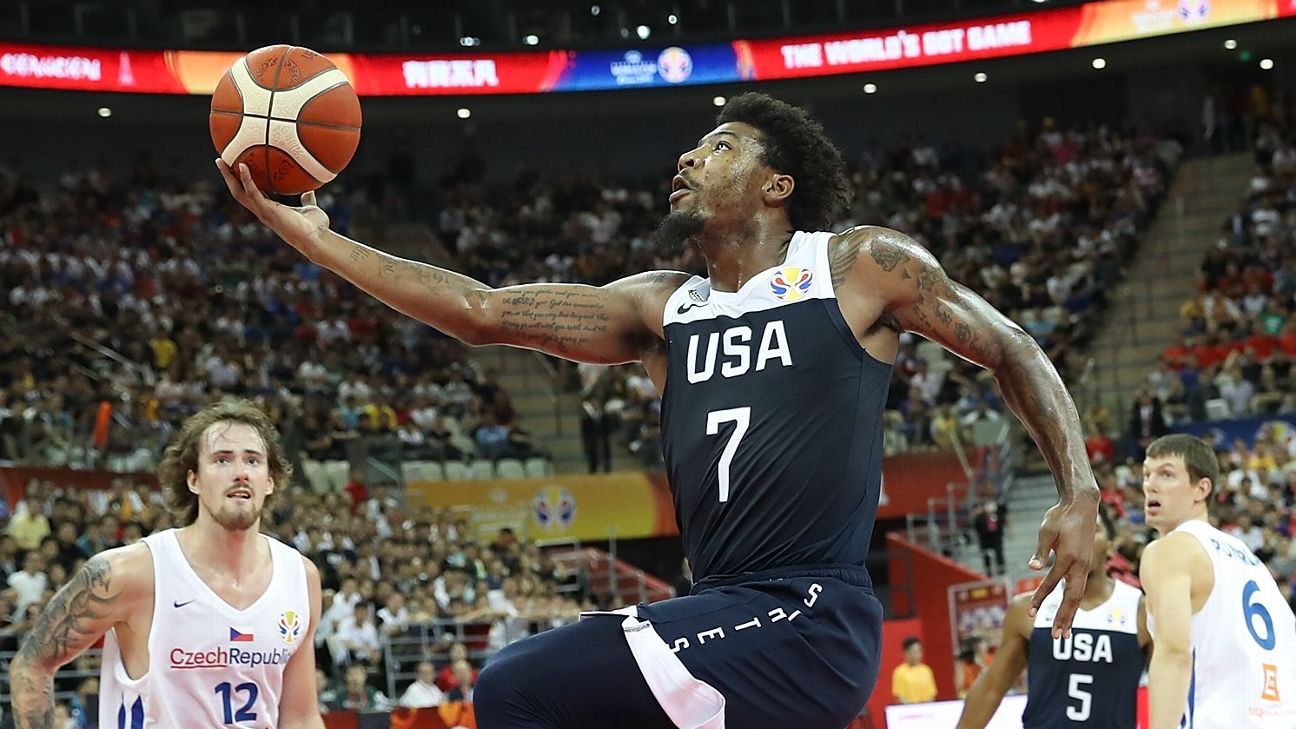 SHANGHAI — Marcus Smart missed Team USA‘s World Cup game against Japan on Thursday with a left quad strain and will be day-to-day.

Smart missed most of Team USA’s training in August with a calf strain on the same left side. He played only 11 minutes in the Americans’ victory over Turkey on Tuesday.

He joined Boston Celtics teammate Jayson Tatum (sprained ankle) on the sideline. The Americans already had qualified for the second round, lowering the stakes for the game.

The second round begins Saturday in Shenzhen, China. Tatum already has been ruled out for that game.