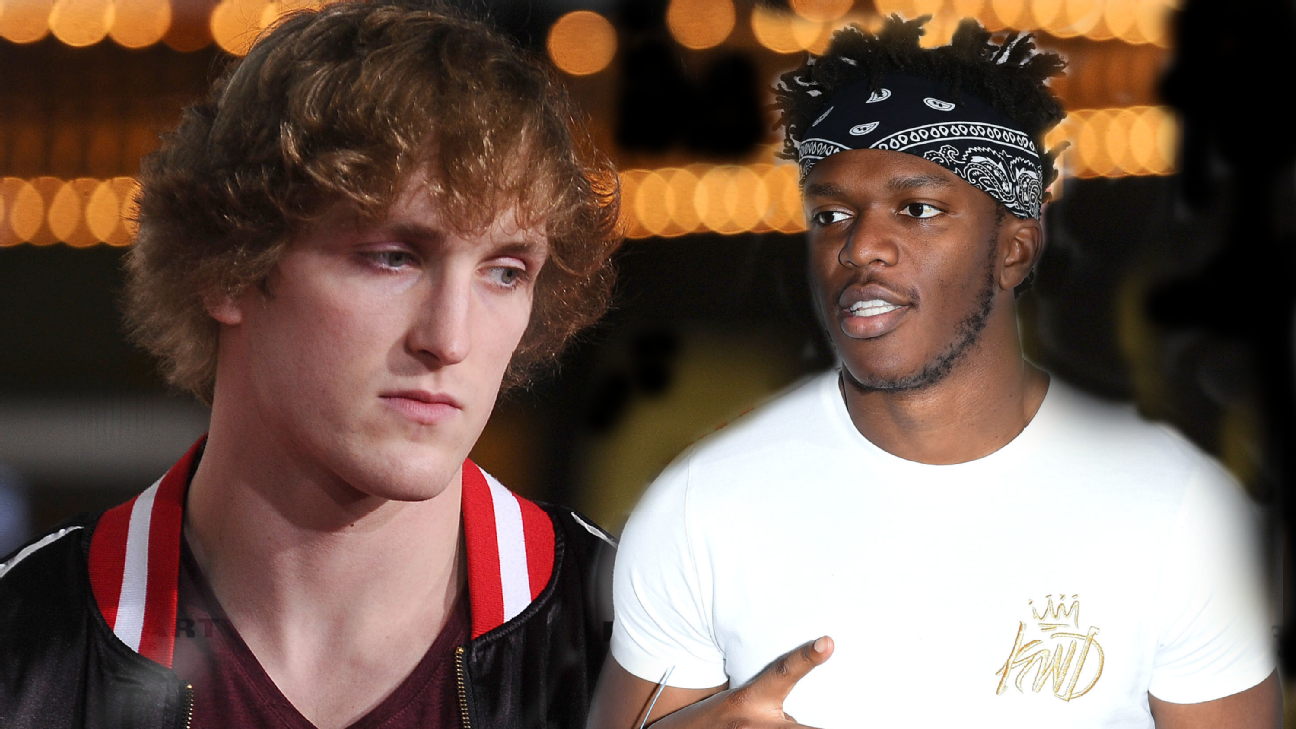 KSI and Logan Paul, the YouTube stars who fought each other in an exhibition fight that generated more than 1 million pay-per-view buys on YouTube last year, will fight each other again — this time in an official professional fight.

They will make their professional boxing debuts against each other in a six-round cruiserweight fight on Nov. 9 (DAZN) at Staples Center in Los Angeles, Paul’s hometown, Matchroom Boxing promoter Eddie Hearn announced on Monday.

The KSI-Paul rivalry took them to the ring for the exhibition in August 2018 at the sold-out Manchester Arena in Manchester, England — KSI’s home country — where they fought to a majority draw, 57-57 on two scorecards with the third judge scoring it 58-57 for KSI (real name Olajide William “JJ” Olatunji).

Hearn said that KSI and Paul, who have more than 40 million YouTube subscribers between them, have passed their required medical exams and will meet at a launch news conference in Los Angeles on Sept. 14 with another news conference to be scheduled in the United Kingdom.

“Thirteen months ago when the first fight took place I smirked and pondered how embarrassing it would be to stage this event in a 20,000-seat arena,” Hearn said. “What I saw was a phenomenon — a sold-out arena, over 1 million pay-per-view buys but more importantly an energy of a new audience to the sport of boxing.

“When I was asked to be involved in the rematch it got me excited, but I had some requests to help integrate the two audiences. I requested that both fighters turn professional and undergo the same medicals that any other fighter would. I asked that the fighters lose the head guards and use 10-ounce gloves. If we are going to do this then let’s do it properly. Both men obliged and now they prepare for war on Nov. 9. This event will be huge [with] a world championship card beneath an event that will create a hype for boxing not seen in the U.S. for a long time. Staples Center will be sold out and a new audience will join our great sport and tune in live on DAZN.”

KSI said he was not at his best for the first fight and is looking forward to a better showing this time.

“I get to enter the ring once again to fight Logan Paul,” he said. “If I’m being honest, I didn’t fight well at all in the first fight, and even then I still managed to draw against him.

“This time I won’t make it so close, especially now that it’s a pro fight, no head guards and 10-ounce gloves. The time to end him is nearing. I can’t wait to see the memes of him slumped on the ground after I’ve repeatedly beaten the life out of him. He’s facing a different animal this time. He will soon realize.”

“I’m excited to ruin JJ’s face and I want to thank DAZN for giving me the platform to do so,” Paul said. “Last fight, KSI couldn’t beat me with only three months of training under my belt. For the past year, while JJ has been wasting his time trying to become a rapper, I’ve been training every single day. I’m finally getting what I wanted from the beginning — no headgear, 10-ounce gloves, and the opportunity to dismantle JJ’s repugnant face in Los Angeles, my home city.

“After Nov. 9, the embarrassment of losing will eat away at KSI’s ego for the next decade. He will be afraid to show face in America. This time, I won’t leave it up to the judges.”